Alaska’s percentage increase in drug overdose deaths was the highest of any state in the U.S. last year, from 146 deaths in 2020 to 254 in 2021 — a nearly 73 percent jump. Those numbers track with a continuing trend of increasing overdose deaths since 2018, according to a recent report from the Alaska Department of Health.

The spike includes an increase in deaths related to fentanyl — a synthetic opioid that is much more potent than other narcotics like morphine, and is often used in combination with other substances like heroin. Fentanyl was involved in almost three out of four opioid overdose deaths last year, according to the statewide report.

Shari Conner is project coordinator at Change 4 the Kenai, a coalition working to prevent substance abuse on the Kenai Peninsula.

"During the height of COVID, we had a cluster of fentanyl-suspected overdoses," she said.

Conner said fentanyl showed up in Alaska four years ago, and that she’s really started to notice the impacts over the last two.

"So the increase of overdoses now are just going to be a fact," she said. "So we want to make sure that those people are still educated on harm reduction techniques and have access to Narcan and the test strips still.

Conner said after the local spike, Change 4 the Kenai quickly started handing out fentanyl test strips, which detect the presence of fentanyl in drugs.

That’s part of a larger initiative through the state to prevent overdose deaths. It’s called Project Gabe, named after the son of a Sitka Public Health Nurse who died of an opioid overdose in January. Each emergency kit is a red box containing tools like naloxone — a medicine that reverses opioid overdoses — as well as test strips and rubber gloves.

Conner said they’ve placed about 15 boxes over the last year in high-traffic spots on the Kenai Peninsula. She said she’d also like to see kits at gas stations and schools.

"It should just be a normal thing that’s found right next to a fire extinguisher. So that in the event something happens, it’s there," Conner said.

She said businesses that are interested in ordering one can call Change 4 the Kenai.

Statewide, Project Gabe is distributing overdose-reversing kits to fish processing plants. The state report said that’s because employees with jobs in the fishing industry might be at higher risk for opioid overdose. Conner said that’s true for other industries that employ transient workers, as well. She said Change 4 the Kenai has been placing kits at docks on the peninsula for years.

A previous initiative, called Project HOPE, has distributed over 60,000 overdose-reversal kits statewide, according to the report.

You can find overdose-reversal kits at Kenai Public Health and Change 4 the Kenai, in the Serenity House building, in addition to several other sites around the Kenai.

Conner also has a booth at Soldotna Wednesday Market. And Change 4 the Kenai will hold an all-day event at the market on Aug. 31, which is International Overdose Awareness Day. 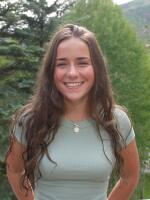 Sabine Poux
Sabine Poux is the news director at KDLL. Originally from New York, she's lived and reported in Argentina and Vermont, where she fell in love with local news. She covers all things central peninsula but is especially interested in stories related to energy and fishing. She'd love to hear your ideas at spoux@kdll.org.
See stories by Sabine Poux
Related Content